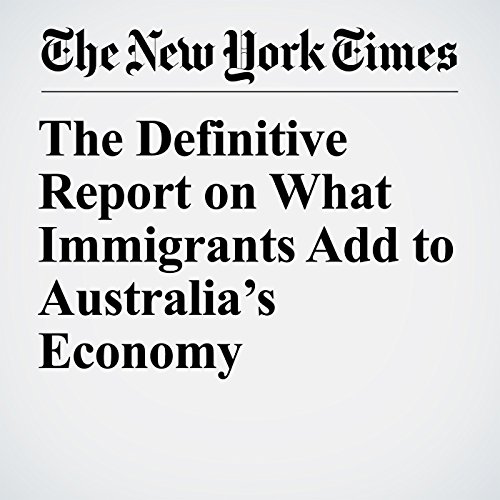 The Definitive Report on What Immigrants Add to Australia’s Economy

MELBOURNE, Australia — Some members of Australia’s governing Liberal Party want voters to believe immigrants are bad for the economy, draining resources and causing wages to stagnate. But a newly published report, written by the same conservative government, reveals the opposite — immigration is a critical engine of the country’s growth.

"The Definitive Report on What Immigrants Add to Australia’s Economy" is from the April 17, 2018 World section of The New York Times. It was written by Adam Baidawi and narrated by Barbara Benjamin-Creel.