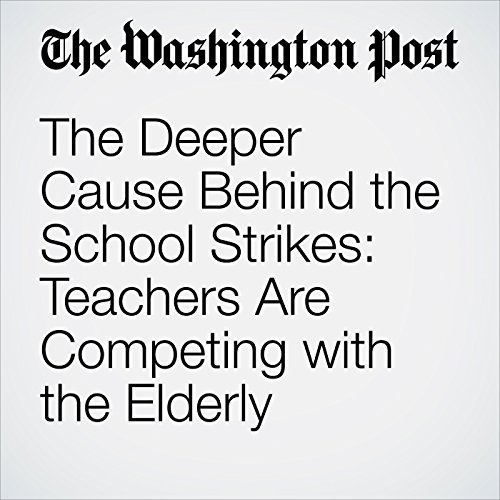 The Deeper Cause Behind the School Strikes: Teachers Are Competing with the Elderly

To those paying attention, the recent strikes for higher teachers’ pay in West Virginia and Oklahoma are a harbinger of things to come. You can attribute the strikes to the stinginess of the states’ political leaders. After all, average annual teachers’ salaries in these states ranked, respectively, 49th-lowest (Oklahoma at $45,276) and 48th-lowest (West Virginia, $45,622) in 2016, reports the National Education Association. But that’s the superficial explanation. The deeper cause is that teachers — and schools — are competing with the elderly for scarce funds.The struggle will intensify.

"The Deeper Cause Behind the School Strikes: Teachers Are Competing with the Elderly" is from the April 08, 2018 Opinion section of The Washington Post. It was written by Robert J. Samuelson and narrated by Sam Scholl.

Cosa pensano gli ascoltatori di The Deeper Cause Behind the School Strikes: Teachers Are Competing with the Elderly