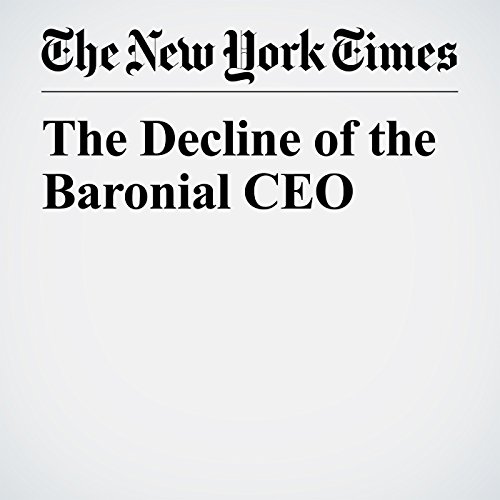 With these departures, the American era of the baronial chief executive, sitting atop an industrial dominionwith all the attendant privileges, is drawing to a close.

"The Decline of the Baronial CEO" is from the June 17, 2017 Business section of The New York Times. It was written by Nelson D. Schwartz and narrated by Keith Sellon-Wright.