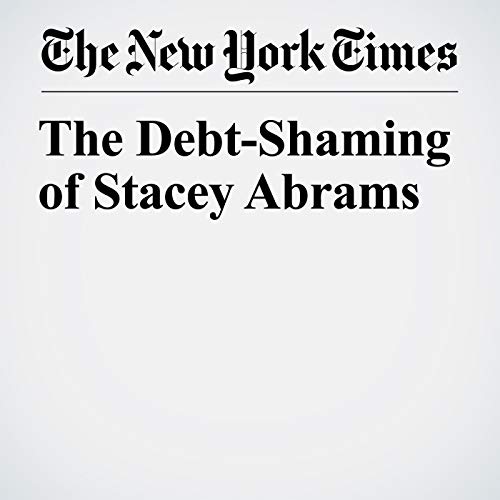 The campaign for governor of Georgia is a supersaturated microcosm of American politics right now, offering the starkest possible choice between irreconcilable visions of the country’s future.

"The Debt-Shaming of Stacey Abrams" is from the August 17, 2018 Opinion section of The New York Times. It was written by Michelle Goldberg and narrated by Barbara Benjamin-Creel.