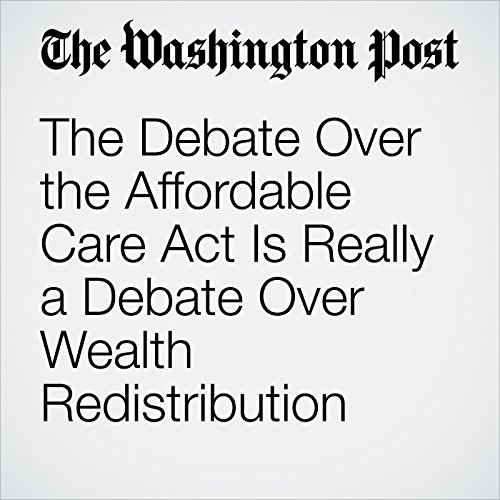 Redistribution of wealth — one of the most radioactive subjects in American politics — has moved from being a subtext in the national debate over health care to being the core of it.

"The Debate Over the Affordable Care Act Is Really a Debate Over Wealth Redistribution" is from the March 07, 2017 Politics section of The Washington Post. It was written by Karen Tumulty and narrated by Jenny Hoops.