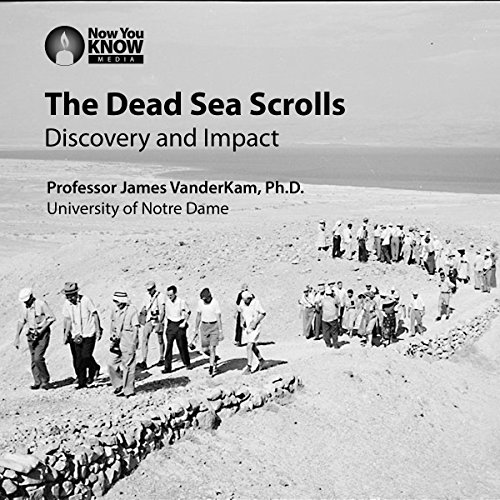 Why are we so fascinated by the Dead Sea Scrolls?

In the mid-20th century, several Bedouin shepherds happened upon ancient scrolls housed in a cave. These documents, called the Dead Sea Scrolls, are often considered the most important manuscript discovery of the modern era. A veil of mystery, however, shrouds these ancient scrolls.

In this 12-lecture series, you will join one of the world's leading experts on the Dead Sea Scrolls in a fascinating journey through the history and significance of these astounding documents. You will gain a solid understanding of what the scrolls actually are and of the community associated with them. You will begin with the discovery of the manuscripts in 11 caves near the remains of Khirbet Qumran, a place where the people who possessed the scrolls attempted to live by the teachings in them. You will survey the physical layout and the archaeology of Qumran while learning about its history and the identity of the people who used it. Next, you will explore the hundreds of scrolls, examining their meaning and implications for the texts of the books now in the Old Testament. Learning about the scrolls will also aid in understanding the New Testament; as they were written during the time of Jesus, they allow you to appreciate more fully the world in which He and his first followers lived.

This is a must-have course for anyone wishing to learn more about the Old Testament, the historical Jesus, and biblical history.

Wasn't what I expected.

Good information very well written but I was looking for something different. It's a great book if history is what you are looking for.