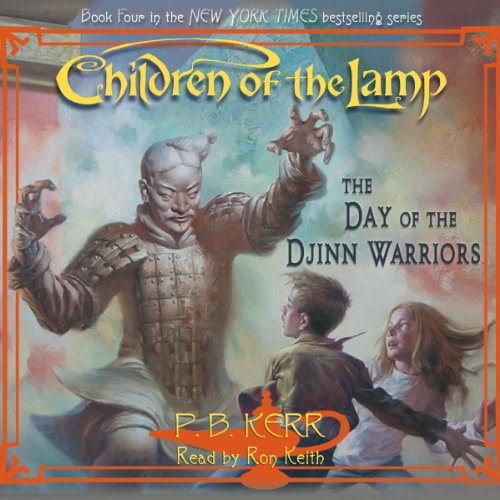 The Day of the Djinn Warriors

Djinn twins, John and Philippa Gaunt, are off on another trip around the world in book four of the best-selling Children of the Lamp series.

It's a race against time as the twins attempt to save their mother from her destiny as the Blue Djinn of Babylon, their father from an aging curse, and museums worldwide from unexplained robberies and bizarre hauntings.

As John, Philippa, and their friends travel across the globe on their rescue mission, they notice that something very strange is happening: An evil force has awakened the terracotta warriors created by an ancient Chinese emperor, and a spell has been cast possessing the soldiers with wicked spirits.

Now, the very fate of the world hangs in the balance. It's up to the twins to solve the mysterious robberies, stop the terracotta warriors, rescue their parents, and save the world before it's too late!