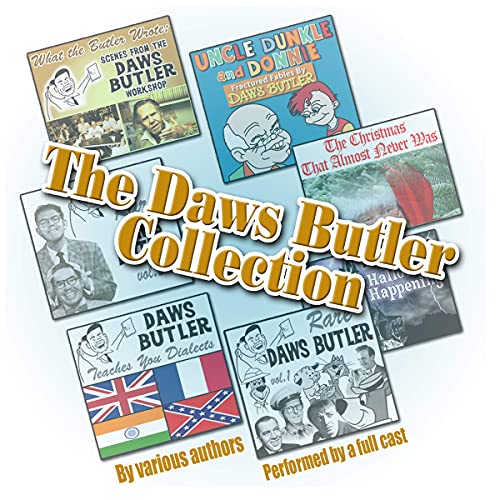 Daws Butler's Halloween Happening by Daws Butler: A new production of the classic radio play, this ghostly story was originally written and performed by Daws Butler. Veteran voice actor Joe Bevilacqua teams up with Lorie Kellogg in this new recording, complete with music and sound effects.

What the Butler Wrote by Daws Butler: In this series, Joe Bevilacqua presents performances of several scripts Butler wrote for his 1975 acting workshops.

Uncle Dunkle and Donnie by Daws Butler and Joe Bevilacqua: A collection of imaginative cartoon scripts, this series of 35 fables was created by Butler in the 1960s. Here his protégé, Joe Bevilacqua, performs all 97 characters with music and sound effects.

The Christmas That Almost Never Was by Daws Butler: It is Christmas Eve at the North Pole when Santa Claus loses his “remembery” and only a child who has been good for 365 days can save Christmas! Written and performed by Butler, this children's radio play was recorded in the 1940s.