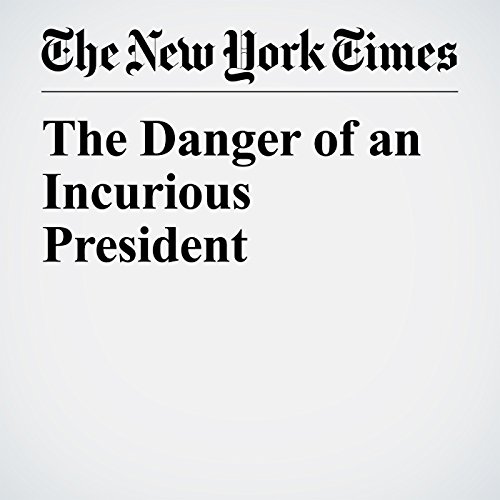 There are an infinite number of questions to ask of history. For instance, is Frederick Douglass being recognized more and more? (Yes, partly because he’s doing an amazing job but mostly because he’s dating Taylor Swift.) Or here’s a basic question we as a species should pose to the 20th century every Aug. 6 (the anniversary of Hiroshima) through 9 (Nagasaki): What if fewer children were killed?

"The Danger of an Incurious President" is from the August 08, 2017 Opinion section of The New York Times. It was written by Sarah Vowell and narrated by Kristi Burns.

That's a nice comparison between leaders. I sure hope nothing serious comes before our current leader. Fear of a reactionary leader is not a good place to be. Fear of any leader is not good.