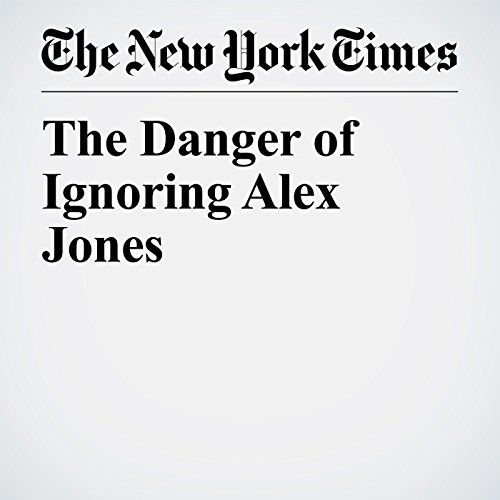 While Alex Jones has no exact analogue on the left, we have to watch him, and also watch out to make sure that something similar is not emerging on the left.

"The Danger of Ignoring Alex Jones" is from the June 17, 2017 Opinion section of The New York Times. It was written by Charles J. Sykes and narrated by Keith Sellon-Wright.