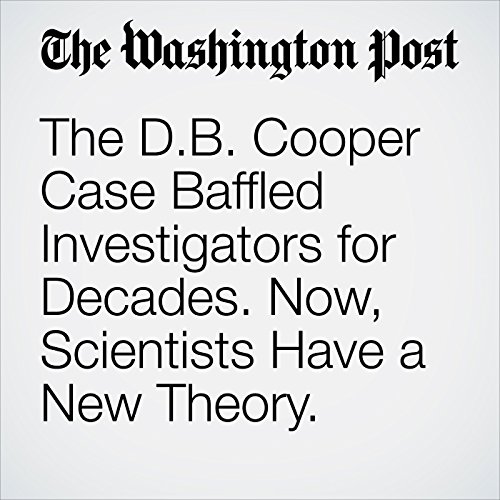 Using a powerful electron microscope, the scientists say they have identified more than 100,000 particles of “rare earth elements” on the tie, including Cerium, Strontium sulfide and pure titanium, according to the Associated Press. Of those, titanium was the most notable.

"The D.B. Cooper Case Baffled Investigators for Decades. Now, Scientists Have a New Theory." is from the January 16, 2017 National section of The Washington Post. It was written by Amy B Wang and narrated by Sam Scholl.