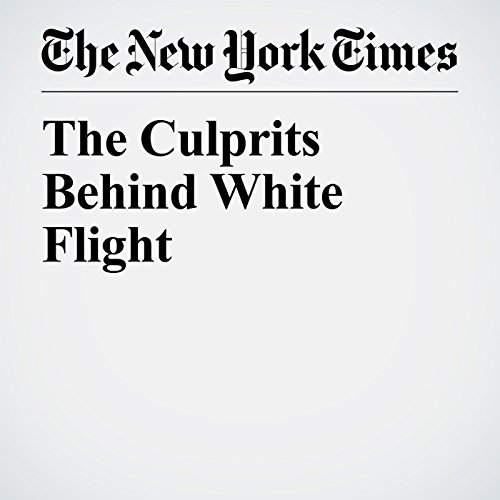 The Culprits Behind White Flight

Ta-Nehisi Coates refers to the white exodus as a “triumph of racist social engineering,” and he is not wrong. Many white households moved to suburban towns precisely because black households were effectively excluded from them by real estate agents and mortgage brokers. But that’s not the whole story. Even in cities like Minneapolis-St. Paul that had few black migrants, the suburbs were a magnet for newly prosperous families after World War II seeking larger houses and more open space.

"The Culprits Behind White Flight" is from the May 14, 2017 Opinion section of The New York Times. It was written by Leah Boustan and narrated by Kristi Burns.