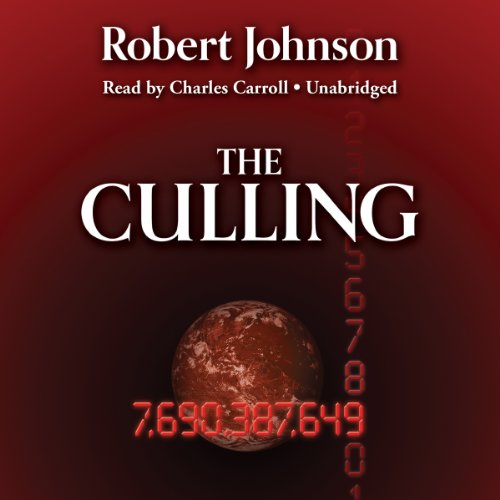 Carl Sims, a young virologist, discovers a plot hatched by a group of international scientists to cull, in a matter of weeks, two-thirds of the world's population - some 4.5 billion people - by releasing a deadly virus. Their goal is to reduce Earth's population from an unsustainable seven billion to two billion. What is he to do? Try to stop the conspiracy, or join it?

It's horrific, yes, but what if this culling could prevent the extinction of some 40 percent of the planet's flora and fauna? Or if he was certain it was the only way to prevent an even larger human die-off, incurring significantly more suffering, by the end of this century? Or if he were convinced it represented the only hope for humanity surviving at all? This is at the heart of this thriller, for these viruses do, in fact, exist.

"Despite the potential for despair or preachy diatribes, the gravity of the issues is woven into the story with plenty of colorful characters, gallows humor and a suspenseful plot that unravels across continents, making for an entertaining and thought-provoking debut." ( New York Journal of Books)

The idea and plot is a good one - the idea that the world is overpopulated, and a plot to release a deadly strain of influenza will help "bring it back into balance," so to speak. But the author isn't the best writer. First of all, I find it hard to believe young 20 something's who smoke pot are the brains behind the top level research at the CDC. Secondly, other than the fact that Stewart is in a wheelchair and is Asian, and that Jenna is African American, we have no idea what these people look like. Third, some of the story lines are just too implausible. Add in the word "quipped" about 8 million times and some rabbit trails where the author diatribes about his evolution vs. creationism beliefs (yes, we get it... you're anti-God) and the whole thing loses steam about 1/3 of the way through. I moved onto another book, but may pick it up to listen again and finish it if I get bored.

Yes, all of the swear words

What was most disappointing about Robert Johnson’s story?

the story was predictable

Did Charles Carroll do a good job differentiating all the characters? How?

not great but ok

Was The Culling worth the listening time?

I might have not minded the poor story, or narration, but when every other word is the F word or similar, The author is a word smith can't he think of anything better to say, even if the character would swear he could think of a more creative way to say the same thing
Some of the best authors think of better ways to say things with out swear especial use of the F word. In my opinion it is just being lazy.