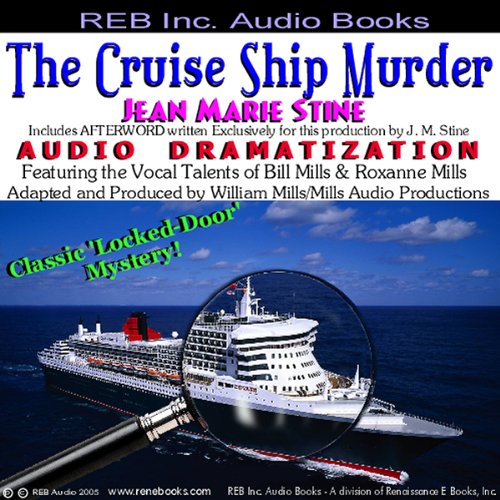 In this widely reprinted romantic mystery short story by Jean Marie Stine, Dr. Devlin Blake thinks the life of a doctor on a cruise ship will be exciting and romantic. But at first he finds his duties aboard the Pacific Princess dull and monotonous. Then he is called on to solve an "impossible" locked-room murder!

There's a murdered groom in Cabin A-13. He is dead on the floor of his cabin with a knife in his back. The key to the room is jammed in the door, and his young bride, Nora, is locked inside with him. All the evidence points to Nora as the murderer. But Devlin Blake, who is falling in love with her, believes otherwise. Yet, if the bride didn't murder her husband on their honeymoon, who did? And how?

Blake must answer both questions if he is to prove Nora innocent. And, if he is right, that means there is another killer loose on the decks of the Pacific Princess -- and any one could be the next target!

An Homage to John Dickson Carr

This quite-short radio drama honors the Locked-Room genre and is well worth the price, especially when offered on sale.