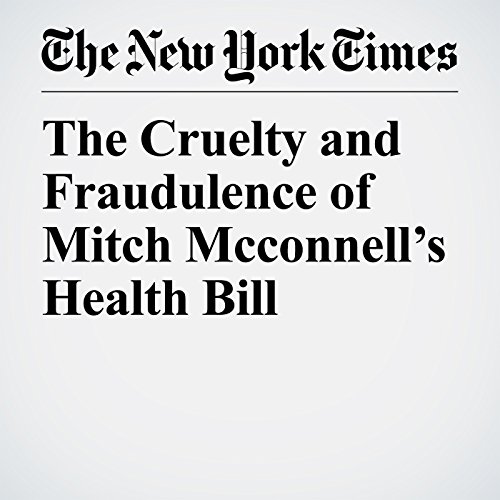 A few days ago the tweeter in chief demanded that Congress enact “a beautiful new HealthCare bill” before it goes into recess. But now we’ve seen Mitch McConnell’s latest version of health “reform,” and “beautiful” is hardly the word for it. In fact, it’s surpassingly ugly, intellectually and morally. Previous iterations of Trumpcare were terrible, but this one is, incredibly, even worse.

"The Cruelty and Fraudulence of Mitch McConnell's Health Bill" is from the July 13, 2017 Opinion section of The New York Times. It was written by Paul Krugman and narrated by Barbara Benjamin-Creel.