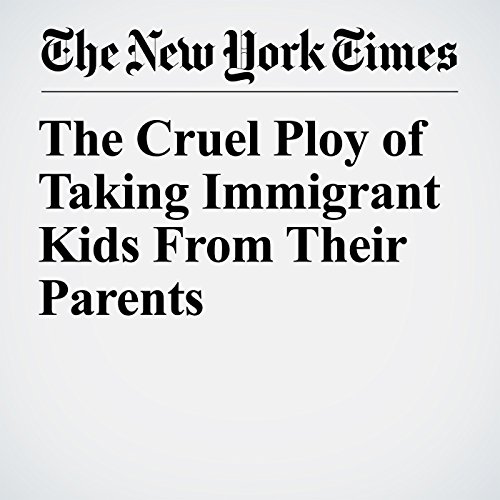 The Department of Homeland Security may soon formalize the abhorrent practice of detaining the children of asylum-seekers separately from their parents. Immigrant families apprehended at the southwest border already endure a deeply flawed system in which they can be detained indefinitely. In this immigration system, detainees too often lack adequate access to counsel. But to unnecessarily tear apart families who cross the border to start a better life is immoral.

"The Cruel Ploy of Taking Immigrant Kids From Their Parents" is from the March 01, 2018 Opinion section of The New York Times. It was written by Dora Galacatos, Alan Shapiro, Brett Stark and narrated by Keith Sellon-Wright.