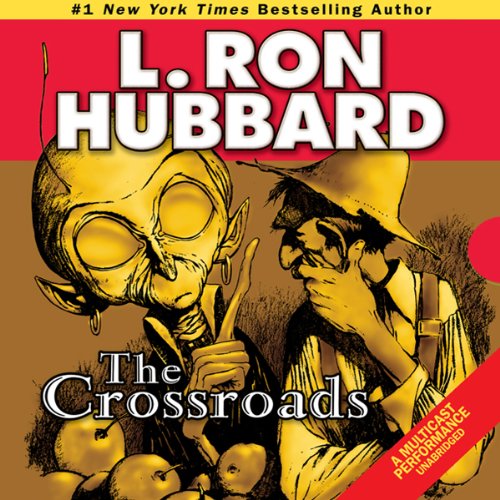 Farmer Eben Smith is fed up with big government telling him how to run his life and his business. They pay him to bury his crops while folks starve in the streets, and he’s not going to take it anymore. He’s declaring his independence, loading up his fruits and vegetables, and heading for the city to wheel and deal. . . .

But before he can trade in his turnips, Eben’ll have to deal with something bigger - a break in the space/time continuum. He’s at The Crossroads, where reality is turned upside-down and inside out. And before it’s over, he’ll turn his turnips into liquor, and the liquor into guns and gold, as he plunges into strange new worlds . . . finding ways to wreak havoc in all of them.

Also includes the fantasy adventures, “Borrowed Glory,” the haunting story of two immortals who wager on two mortals given a single day of love ... a wager that leads to heartbreak and tragedy; and “The Devil’s Rescue” based on the legend of The Flying Dutchman, in which the sole survivor of a disaster at sea is “rescued” by the devil himself and finds that fate rests on a roll of the dice.

Prepare to set out on the most thrilling, chilling, and thoroughly amusing road trip ever, as the audio version of The Crossroads delivers new dimensions in sound.

“Lush music and Hollywood sound design ... the battle scenes will have listeners hopping out of their seats.” —Audiofile magazine

Awesome story and great job on the production of this audiobook. Not your tipical audiobook with one reader this has a huge cast and effects and o my I just like watching movies!

I love these short stories.

Some of these short stories deserve a 5 others 3 or 4. However they are all worth listening to. You can not predict what L. Ron Hubbard will come up with next, and that is what I love most.

Made my workday very short! I've never heard this kind of reading before, it's like an old time radio production!

new to this experience - but totally amazied - will be back for more of this wonderful entertainment.

What a wild ride!

Would you consider the audio edition of The Crossroads to be better than the print version?

How in expected the turns were

The old man coming down e hill with more wine! Then later he asks for more guns!

My jaw was open the entire story. He sound effects and all of the different actors voices were very well done.

I highly recommend this book. It's short but a very fun ride!!

What made the experience of listening to The Crossroads the most enjoyable?

The characterization as is true with all L. Ron Hubbard books, the common