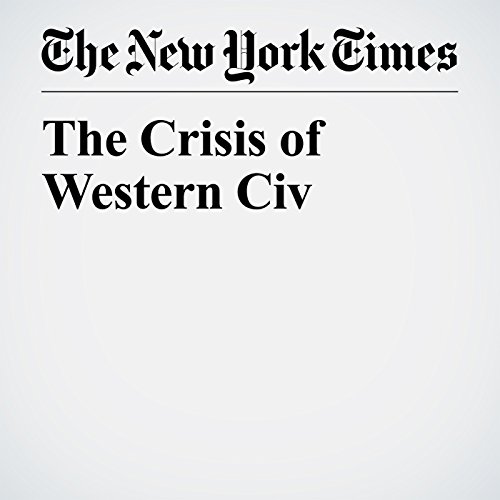 The Crisis of Western Civ

Between 1935 and 1975, Will and Ariel Durant published a series of volumes that together were known as “The Story of Civilization.” They basically told human history (mostly Western history) as an accumulation of great ideas and innovations, from the Egyptians, through Athens, Magna Carta, the Age of Faith, the Renaissance and the Declaration of the Rights of Man. The series was phenomenally successful, selling more than 2 million copies.

"The Crisis of Western Civ" is from the April 20, 2017 Opinion section of The New York Times. It was written by David Brooks and narrated by Kristi Burns.