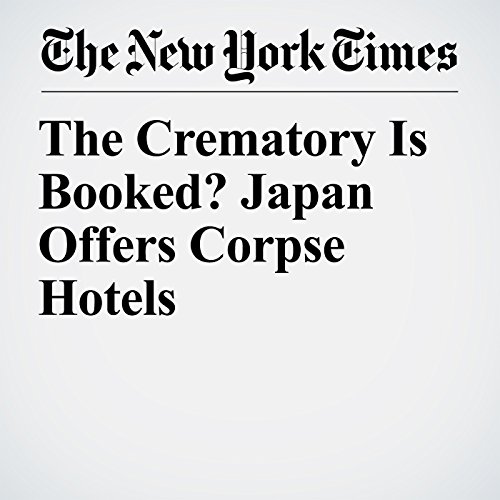 Part mortuary, part inn, corpse hotels serve a growing market of Japanese seeking an alternative to a big, traditional funeral in a country where the population is aging rapidly and crematories are struggling to keep up with the sheer number of people dying.

"The Crematory Is Booked? Japan Offers Corpse Hotels" is from the July 01, 2017 World section of The New York Times. It was written by Motoko Rich and narrated by Keith Sellon-Wright.