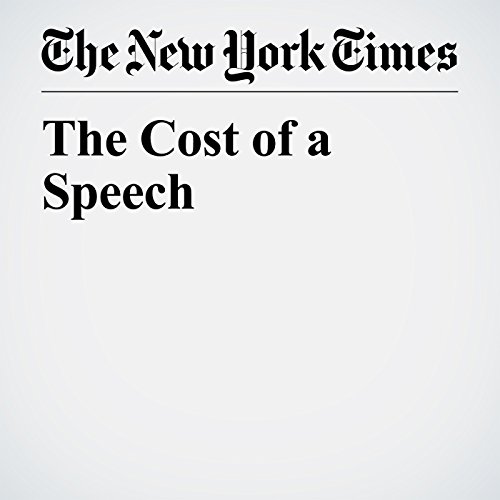 “I found myself spending time with people of means — law firm partners and investment bankers, hedge fund managers and venture capitalists,” Sen. Barack Obama wrote in his book “The Audacity of Hope.” “As a rule, they were smart, interesting people. But they reflected, almost uniformly, the perspectives of their class: the top 1 percent or so of the income scale."

"The Cost of a Speech" is from the April 30, 2017 Opinion section of The New York Times. It was written by The Editorial Board and narrated by Kristi Burns.

Cosa pensano gli ascoltatori di The Cost of a Speech