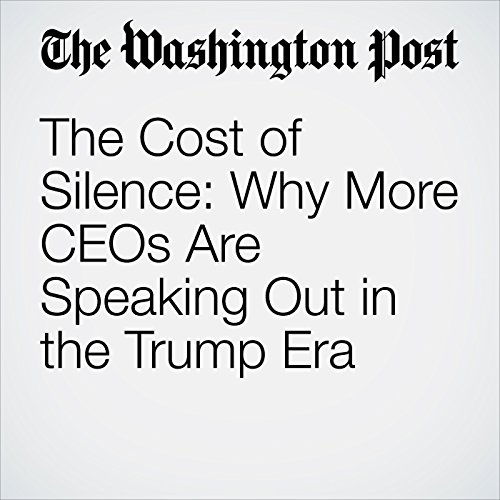 American companies have emerged as a force for social change in recent years and are among the most vocal critics of the new president’s executive order to temporarily ban migrants from seven Muslim-majority countries.

"The Cost of Silence: Why More CEOs Are Speaking Out in the Trump Era" is from the February 17, 2017 Business section of The Washington Post. It was written by Jena McGregor and Elizabeth Dwoskin and narrated by Sam Scholl.