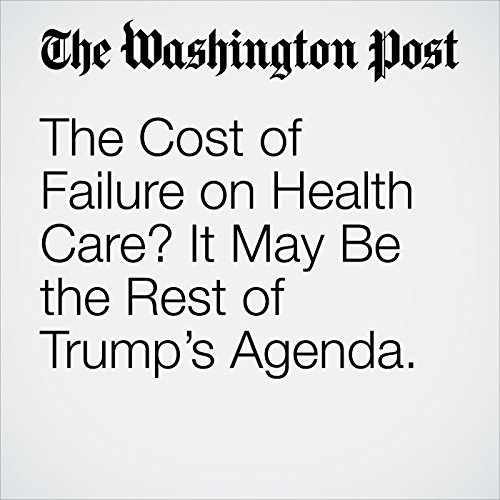 In the roiling debate over the plan to replace the Affordable Care Act, there’s a lot more at stake for President Trump than whether the bill can be saved: Its fate could also determine how much else he can get done on Capitol Hill in the early stages of his presidency.

"The Cost of Failure on Health Care? It May Be the Rest of Trump’s Agenda." is from the March 15, 2017 Politics section of The Washington Post. It was written by John Wagner and Abby Phillip and narrated by Jenny Hoops.