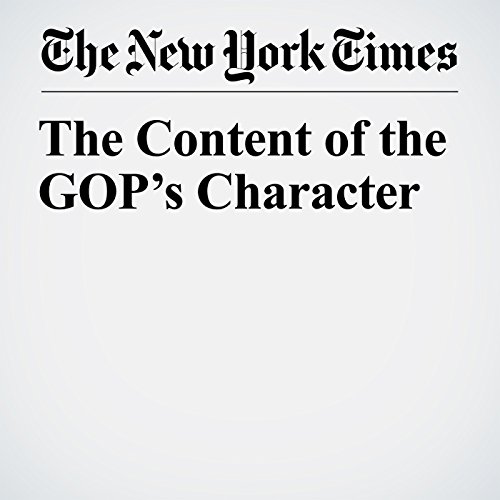 Even those who have long since accepted the premise that Donald Trump is corrupt, self-centered and dishonest seem a bit shocked by his tirades over the Presidents Day weekend. Using the Parkland, Florida, massacre as an excuse to attack the FBI for investigating Russian election intervention on his behalf — while lying about his own past denials that such intervention took place — took vileness to a new level, which is truly impressive given Trump’s previous record.

"The Content of the GOP’s Character" is from the February 19, 2018 Opinion section of The New York Times. It was written by Paul Krugman and narrated by Kristi Burns.