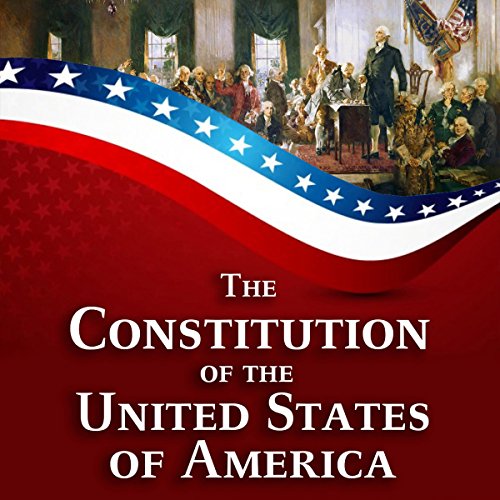 This is the document which defines the rights and responsibilities of federal government of the United States of America.

The authors of the Constitution include James Madison, Benjamin Franklin, and George Washington, as well as those who served on the Committee of Detail, which included Oliver Ellsworth, Nathaniel Gorham, Edmund Randolph, John Rutledge, and James Wilson; and those on the Committee of Style, which included Alexander Hamilton, William Johnson, Rufus King, and Gouverneur Morris.

I like to listen to the books now more than before. Good to know information.

You need a better narrator; one who can pronounce all the words in our Constitution, and read with inflection, an inspiration!

The content was as expected but the narrator read so quickly that it was difficult to understand. Definitely a disappointment.

You can't convice me this was a person narrating this. It's 30 mins long, the content I'm pretty familar with and it is still nonsenseical! I believe the narrator voice was computer generated. I'm asking for a refund....

A great version of the Constitution

I like this audio version very much. It’s the first time I am listening to an audio version of the Constitution and I must say I loved it. The narrator is pleasant to listen to. Overall a great audio!

It was read way too fast. Had to keep rewinding and even then the tone and speed was not pleasant to the ear.