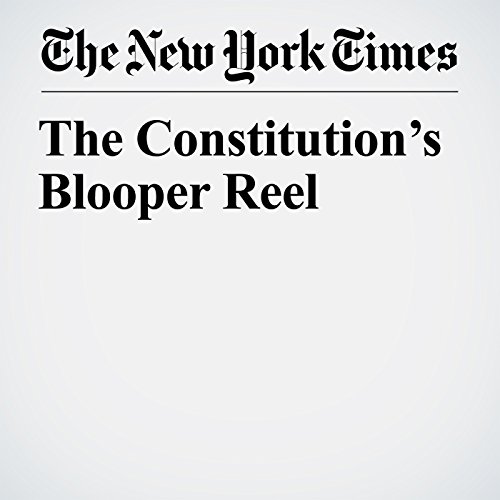 THE CONSTITUTION IS IMPERFECT. CAN WE STILL UNITE TO FIX IT?In the course of writing the Constitution, the framers got a lot right, which is why, despite a civil war and any number of political crises, it survives as the longest-lasting written plan of government in the world, at 229 years. Still, in celebrating the document, we also need to be honest: It’s far from perfect.

"The Constitution’s Blooper Reel" is from the December 28, 2017 Opinion section of The New York Times. It was written by Michael Nelson and narrated by Barbara Benjamin-Creel.