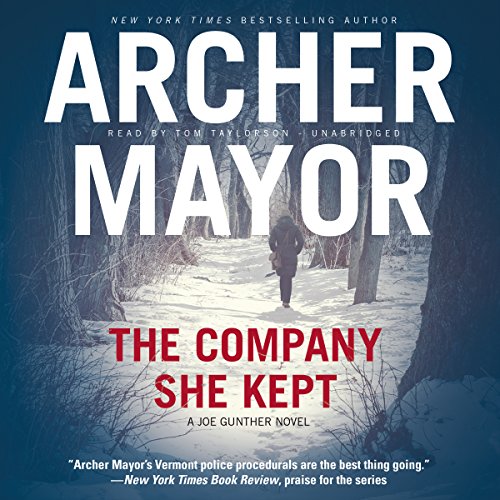 During the height of a particularly brutal Vermont winter, a woman's body is found one morning hanging high above the interstate. The woman, found with the word dyke carved on her chest, is quickly determined to be the victim of a brutal murder. That alone is enough to bring in Joe Gunther and his Vermont Bureau of Investigation team. But when the victim is identified not only as a state senator but as an intimate friend of the governor's, it unleashes a publicity maelstrom that makes a difficult investigation even more challenging.

While the antilesbian message is an obvious feint meant to mislead investigators, it does reveal that the governor is gay and forces her to publicly acknowledge that fact. In the meantime, while the publicity rages on to even greater heights, the police begin to focus intensely on the dead senator's life. One thing they uncover is that she had a fondness for recreational marijuana. In Vermont, however, neither lesbianism nor marijuana use justifies murder. It's up to Gunther and his team to find out not just who but why?

I was pleased that Gunther's voice is almost back to how it used to be. I liked the storyline and overall, a good listen.

some elements of the character's lives are moving forward. but, these are slow stories. The performance is quite goof and that kept my interest.

TOM TAYLORSON IS FINALLY BACK!!

I enjoy these books by Archer Mayor so much, but there have been other narrators recently and its just not even close to the same book without him. Thank goodness he's back where he belongs!

My but the ending came so fast my mouth hung open. Story was just okay

Not good compared to other books in the series

It seemed more of an agenda than a satisfying story. Especially disappointing in comparison to the other books in the series.

What else can the VBI do?

What a great story! Just when you think Joe and his team have done it all Susan Raffner gets killed. Once again the team go above and beyond to solve this crime with yet another visit to the hospital for Joe. Sammy seems like she is becoming more and more like Willy as the days go on, so much so that the boss must have a heart to heart with her. Sammy’s past undercover work pops back up unexpectedly and she goes to seek out Manny. Will this help them or hurt them? Gail drops a bombshell at one of Susan’s memorial services and Joe doesn’t know how to handle this one after dating her for 20 something years!! Will they solve the crime? Who killed Susan and why? Was it the drugs? Her being a politician? Or maybe it was her being a lesbian!! Go along the journey to find out why she was killed and by who!!

I really love the books! Great story lines and terrific characters but bad language is getting to be a little too much!

this is the first of his novels that makes no sense. all characters act out of character and the wonderful slow of the plot went missing. I still think he's one of the best active writers ever. The narrator is terrific but the book not really