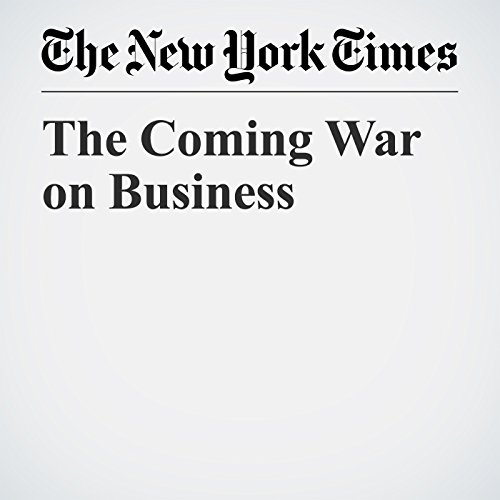 The only time I saw Sam Francis face-to-face — in the Washington Times cafeteria sometime in the late 1980s or early 1990s — I thought he was a crank, but it’s clear now that he was at that moment becoming one of the most prescient writers of the past 50 years. There’s very little Donald Trump has done or said that Francis didn’t champion a quarter century ago.

"The Coming War on Business" is from the September 21, 2017 Opinion section of The New York Times. It was written by David Brooks and narrated by Mike DelGaudio.