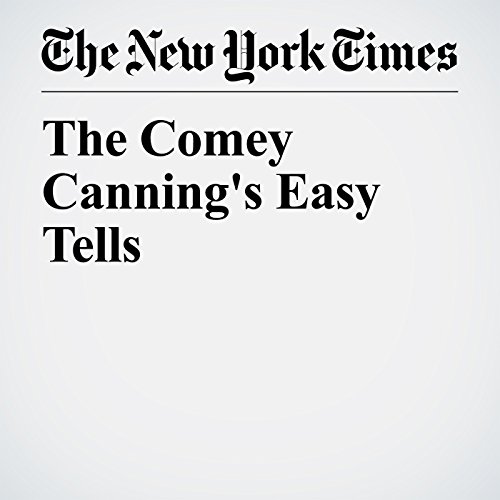 That wasn’t the only tell in Trump’s Comey canning. First there was its abruptness. Rod Rosenstein, deputy attorney general as of two weeks ago, delivered his memorandum detailing Comey’s misfeasance in the Hillary Clinton email saga on Tuesday. Trump fired the director the same day.

"The Comey Canning's Easy Tells" is from the May 10, 2017 Opinion section of The New York Times. It was written by Bret Stephens and narrated by Kristi Burns.