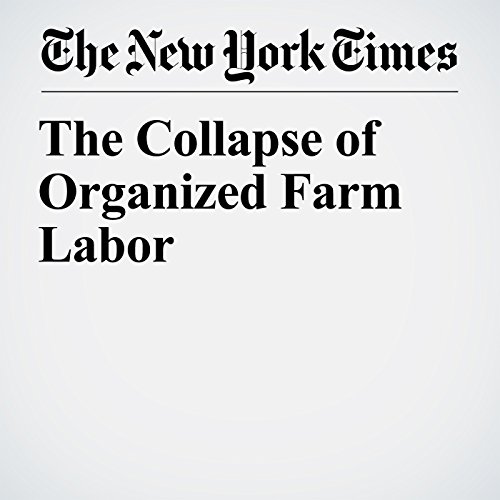 As chairman of the Agricultural Labor Relations Board, Gould was charged with overseeing the certification process of union elections. Yet Gould said virtually no workers came to the board during his tenure.

"The Collapse of Organized Farm Labor" is from the February 02, 2017 U.S. section of The New York Times. It was written by Thomas Fuller and narrated by Fleet Cooper.