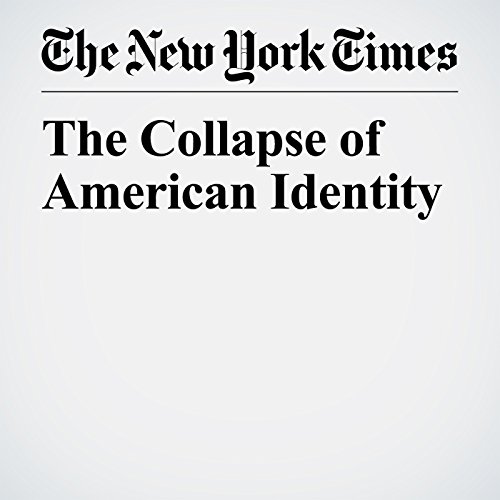 The profoundness of the American experiment, he argued, was that it aspired to create “a home out of vagabonds and a nation out of exiles” united by voluntary assent to commonly held political beliefs.But recent survey data provides troubling evidence that a shared sense of national identity is unraveling, with two mutually exclusive narratives emerging along party lines. At the heart of this divide are opposing reactions to changing demographics and culture. The shock waves from these transformations — harnessed effectively by Donald Trump’s campaign — are reorienting the political parties from the more familiar liberal-versus-conservative alignment to new poles of cultural pluralism and monism.

"The Collapse of American Identity" is from the May 02, 2017 Opinion section of The New York Times. It was written by Robert P. Jones and narrated by Kristi Burns.