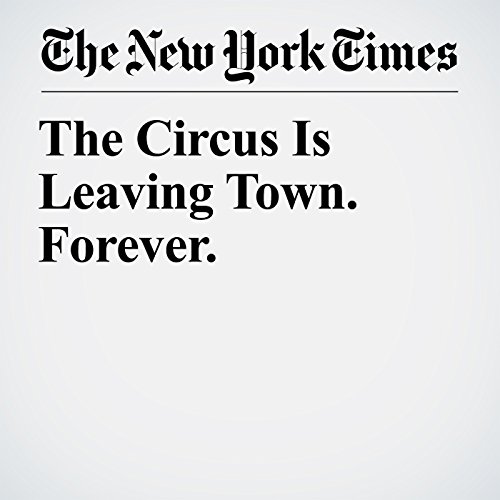 As a small kid growing up in the 1980s, I truly believed that Ringling Bros. and Barnum & Bailey circus was the greatest show on Earth.

"The Circus Is Leaving Town. Forever." is from the February 24, 2017 Entertainment section of The New York Times. It was written by Jason Zinoman and narrated by Barbara Benjamin-Creel.