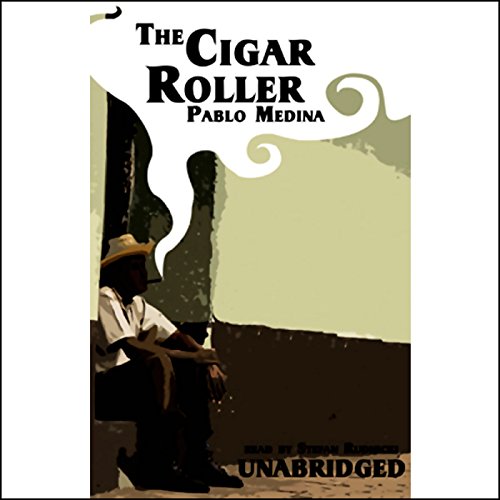 Praised by the Washington Post for his "subtle and effective voice", award-winning storyteller Pablo Medina has written a new novel, a radiant journey through the mind of Amadeo Terra, a Cuban cigar factory worker confined in a Florida hospital after a stoke has left him paralyzed. His body no longer works, but his mind is very much alive, as is his ruthless and audacious wit. His only human contact is with the callous nurse who constantly scolds him, the orderly who barely acknowledges him, and the nun who prays for Amadeo's salvation while he fantasizes about what's under her habit.

One day Nurse feeds him mango from a baby-food jar, a departure from the usual bland mush, and the taste of it on his tongue brings memories of his life in Havana flooding back. Once a master cigar roller in Cuba and an imperious patriarch of enormous appetites, Amadeo now confronts the long-buried facts of his previously unexamined life.

The Cigar Roller is a tour de force, an evocative portrait of a man whose life, once governed unapologetically by his most base urges, is now reduced mercilessly to its most basic functions.

This is an excellent book. The reader was great. The story is absorbing and well told. Best of all, in these times of 600 page "blockbusters", this novel achieves more in a few pages than most modern authors can.

Not close, nowhere near a cigar

The Cigar Roller is both tedious and pedantic. The publisher describes this book as a tour de force, which rather leads one to question the rest of their catalogue. By contrast, the narrator, Stefan Rudnicki, is rather good - this book is a poor vehicle for his talents.

There ought to be a genre declared for stories told by old folks seeing their lives pass before their eyes as they go through their last bedpan-ridden moments in the extended care. But this is no Stone Angel. An old Cuban workie wheezes out his last in exile in the US, dreaming of his heyday as king of the cigar rollers in Pinar del Rio. Trouble is, his heyday is nothing to brag about. He bleats his love for his lost wife whom he beat and cheated on and generally doesn't recall much to alleviate the squalor of his end.