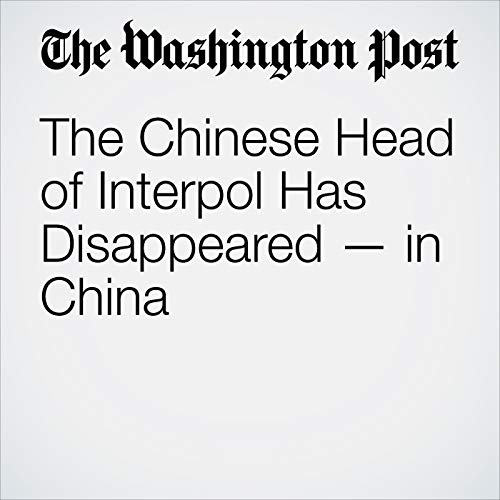 "The Chinese Head of Interpol Has Disappeared — in China" is from the October 05, 2018 World section of The Washington Post. It was written by James McAuley and Gerry Shih and narrated by Jenny Hoops.