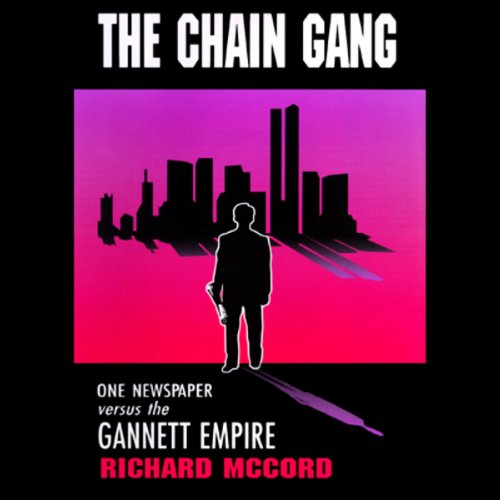 "They're closing in on me, Dick, and I'm afraid they're going to get me," said Frank Wood, publisher of the Green Bay News-Chronicle, in a phone call to his friend and colleague Richard McCord. Drained of cash and spirit, Wood could not hold out much longer against a devouring giant, the Gannett Company. As editor and publisher of the weekly Santa Fe Reporter, McCord had successfully fended off Gannett's "Operation Demolition" when it moved into town. Now Wood was seeking the help of a survivor.

This dramatic story of two men's efforts to save the small Green Bay daily from obliteration at the hands of the nation's largest newspaper chain brings together startling case histories of the dubious tactics practiced by Gannett and unsparing insights into the newspaper industry. Their success might be compared to one of the oldest triumphs in the world: that of David over Goliath.

"McCord has done something marvelous...he's taken a deeply disturbing nationwide trend and put it on a small Midwestern stage with real characters. [This] message needs to be heard by as many Americans as read newspapers." (Vanity Fair)