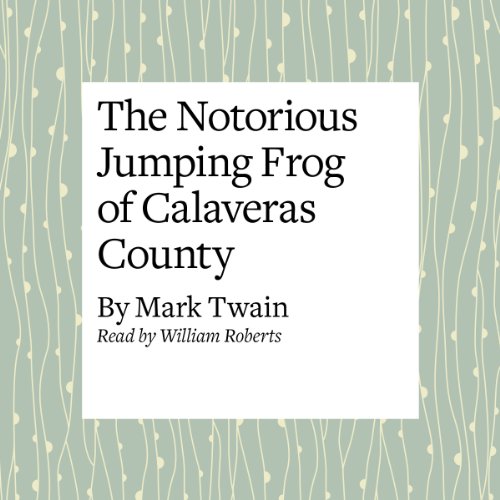 This is a story from the Classic American Short Stories collection.

Five great American short story writers, dating from the turn of the 19th and 20th centuries, are represented here. Different in atmosphere and writing style, they nevertheless caught the mood and concerns of the day in a way that was distinctly American. Bierce's "An Occurrence at Owl Creek Bridge" leaves echoes in the imagination; the stories by Crane and London recall the themes of the Civil War and the Klondike for which they are well known. Twain's humor is to the fore in "The Celebrated Jumping Frog of Calaveras County," and O. Henry's sharp observations make his neat tales a joy to listen to. An attractive and accessible collection!

This is one of Twain's early humorous stories, taken from a tale he overheard from a disreputable con man who ran a less than fair frog race. The beauty of Twain, no matter if he is racing frogs or sailing down the Mississippi, is the richness of character and language and setting that transport the reader through time and space to a land of beings just different enough and still just enough like us to make us reflect upon our own circumstances, morals and customs from a different angle--and outlandish enough to make us laugh in the bargain.