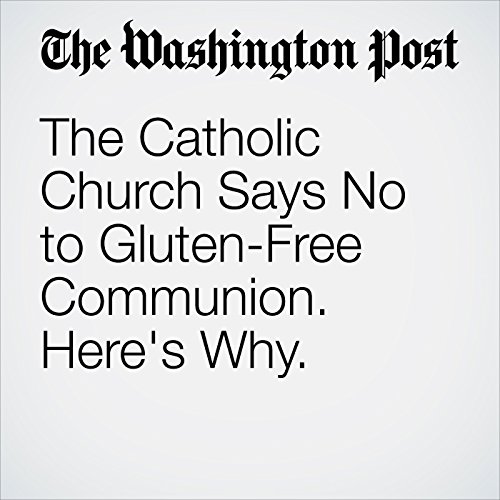 A new Vatican letter to Catholic bishops worldwide has stirred up questions again over what kinds of bread and wafers should be used during communion in Catholic churches around the world. The letter sparked concerns for those who avoid eating gluten, including people who have celiac disease.

"The Catholic Church Says No to Gluten-Free Communion. Here's Why." is from the July 11, 2017 Acts of Faith section of The Washington Post. It was written by Sarah Pulliam Bailey and narrated by Barbara Benjamin-Creel.