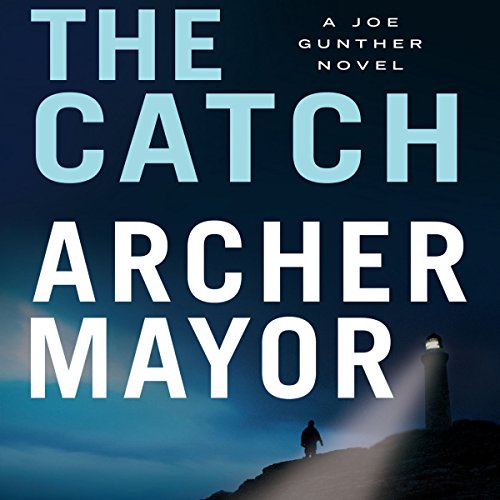 Joe Gunther, a longtime Vermont cop and now the head of the Vermont Bureau of Investigation, gets the call that every law-enforcement person hates: a cop has been shot and killed. A deputy sheriff was shot to death during a routine traffic stop on a dark country road.

From what can been seen on the cruiser's video recorder of the killers, it is believed that they were a couple of Boston-based drug runners who had been on their way from Canada down to Boston.

That's what brings Gunther and his team to the investigation: an attempt to shut down the major drug running operation, especially that of one Alan Budney. He's the disaffected son of a lobsterman, now a drug kingpin, who uses the closed, clannish lobster fishing community and his extended family in particular, to move drugs along the New England coast.

Read the whole series via audiobook up until now. Got to CH 6 and just couldn't take it anymore.
If you like the newer narrator, Tom Taylorson, do yourself a HUGE favor. Save your money for the kindle version or paperback and skip to the next Tom narrated book.
Do not buy this one in audiobook.
Christopher Graybill is awful.
Like nails on a chalkboard.

I’ve enjoyed all the Archer Mayor Joe Gunther Series audiobooks so far but this narrator does a pitiful job. I’ve not looked ahead but I hope the future audiobooks are narrated by Tom Taylorson, as are most of the ones I’ve listened to so far. I’m sorry but Christopher Graybill does a HORRIBLE job of narration!

The reader was TERRIBLE! This had a definite negative effect on the story, which wasn’t that impressive. I don’t understand what contractual obligation caused r Maypr’s publisher to change readers but whatever it was, it absolutely killed this book for me.
I strongly recommend this book be skipped!

I love this series, but this narrator makes it almost impossible to slog through. It’s like the cliche of nails on a chalkboard.

Listen if you must

The author’s name is incorrect in the introduction. The reader is awful.
Story is good.

Bring back Tom Taylorson as narrator!! I love this series but the new narrator is just terrible.

Keep the same narrator throughout the series!!!

It was a different narrator. That was the only thing that was wrong. After the first 19 books of the series being narrated by the awesome Tom Taylorson,, who exposes his listeners to beautiful voices that nails each character precisely, it was extremely difficult to follow through to the end. Unfortunately, I bought this book not knowing it was a different narrator. After the 11th chapter, I skipped to the last 2 chapters.

Storyline is good but a the narration and performance was terrible . Certainly not Tom Taylorson!

Horrible voice and accents. I found it very distracting. Story was very good but I couldn’t get past the performance

Where Is The Real Joe Gunther?

I admit it. I have a secret crush on Joe Gunther. The REAL Joe Gunther.
Although Christopher Graybill does an acceptable job of narrating - and may indeed be an exceptional voice for other characters; he isn't Joe aka: Tom Taylorson.
The plot is as engaging as ever and the interweaving and revisiting of characters from the beginning of the series are one of many reasons I enjoy how Archer Mayor has crafted this series. For that reason, I'll forge through books 19-23. I'd love to see them rereleased with Tom doing the narration though and would gladly listen again if that happens.
No spoilers here. If you read the series and like it, Book 19 doesn't disappoint other than being a little harder to become immersed in the ongoing tale due to the difference in voice actor.