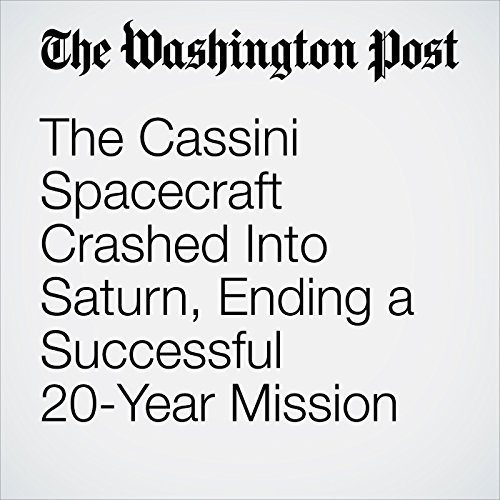 NASA scientists just received their last message from the Cassini spacecraft, which plunged into Saturn early Friday morning. Those final bits of data signal the end of one of the most successful planetary science missions in history.

"The Cassini Spacecraft Crashed Into Saturn, Ending a Successful 20-Year Mission" is from the September 15, 2017 Science section of The Washington Post. It was written by Sarah Kaplan and narrated by Jenny Hoops.