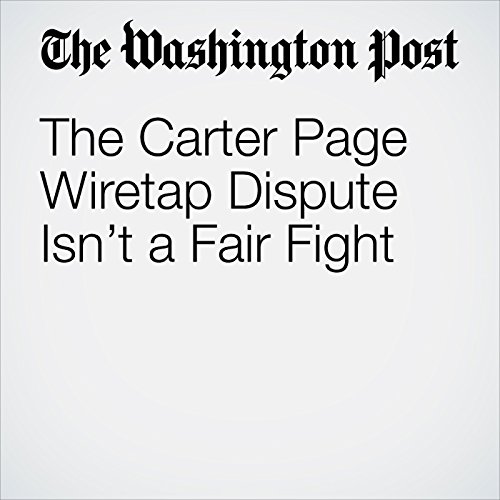 The Justice Department on Saturday released the documents in the Carter Page saga used in its application in 2016 for permission from a federal court to wiretap Carter Page, a former foreign policy adviser to Donald Trump’s presidential campaign whose ties to Russia had sparked the interest of national security officials.

"The Carter Page Wiretap Dispute Isn’t a Fair Fight" is from the July 23, 2018 Opinion section of The Washington Post. It was written by David Kris and narrated by Sam Scholl.