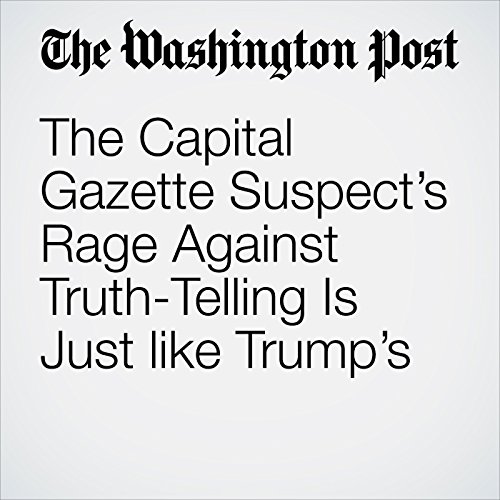 When a man first fired a shotgun through the glass doors of the Capital Gazette in Annapolis, Md., and then killed five of its staff, no one had any answers. No one even knew his name. So the speculation began.

"The Capital Gazette Suspect’s Rage Against Truth-Telling Is Just like Trump’s" is from the June 29, 2018 Opinion section of The Washington Post. It was written by Molly Roberts and narrated by Jenny Hoops.