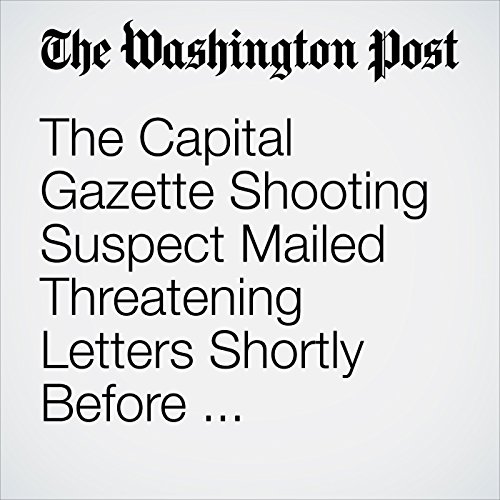 "The Capital Gazette Shooting Suspect Mailed Threatening Letters Shortly Before Rampage, Police Say. One Arrived Monday." is from the July 02, 2018 National section of The Washington Post. It was written by Clarence Williams and Tom Jackman and narrated by Sam Scholl.