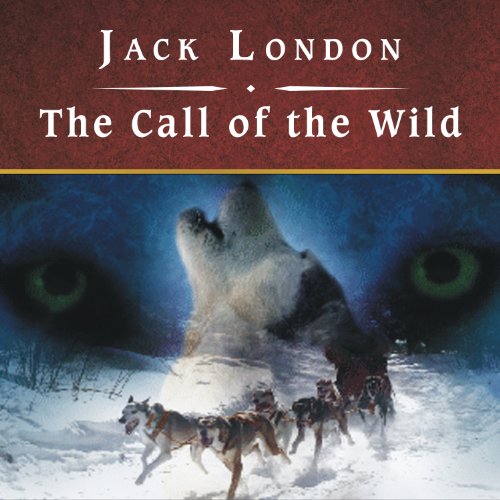 Buck lives a content life. Half St. Bernard, half Sheppard, he is top dog on a California ranch. But the Gold Rush in the Klondike has produced an enormous demand for sled dogs. So, when a gardener at the ranch needs to pay a gambling debt, stealing and selling Buck is a quick way to do it.

Having never been mistreated, Buck soon learns that man can be the cruelest animal. He is whipped, beaten, and caged, but never broken. Confronted by the law of survival, Buck learns to fight, steal, and pull a sled. He takes pride in his new strength and ferocity. Buck manages to escape this life of abuse and learns to love a new master more than his own life. He gradually discovers the skills of his forbears and finds his home in the primordial forest; eventually Buck cannot resist the call of the wild.This classic book brings out the true spirit of the Gold Rush days at the turn of the last century. It portrays the brutality, kindness, love, and folly that Jack London experienced first-hand during his time in the far north. It was his first successful book, and catapulted him to literary fame.

Cosa pensano gli ascoltatori di The Call of the Wild

A beautifully written tale about the life of a magnificent dog, kidnapped from his posh life in California, and taken to an unimaginably brutal life in Alaska during the gold rush era. His journey from California, through the good and bad hands of many other owners, into the harsh realities of his second life, were fascinating and extremely emotional to me. Jack London, a phenomenal writer, grabbed my heart and full attention like no other writer has done for quite some time, from the beginning of this novel - to the very end. Do yourself a huge favor and take the time to do what you were probably supposed to have done in high school, listen to or read this classic as soon as you possibly can. You will be a better person for having done it. I adored this tale!