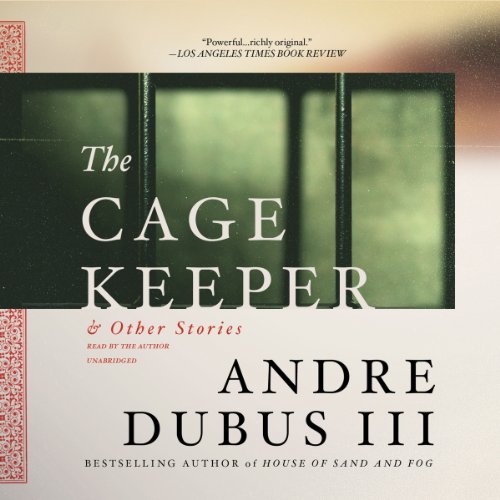 The Cage Keeper, and Other Stories

Passion and betrayal, violent desperation, ambivalent love that hinges on hatred, and the quest for acceptance by those who stand on the edge of society—these are the hard-hitting themes of a stunningly crafted first collection of stories by the bestselling author of House of Sand and Fog.

In the title story, a vigilant young man working in a halfway house finds himself unable to defend against the rage of one of the inmates. In “White Trees, Hammer Moon,” a man soon to leave home for prison finds himself as unprepared for a family camping trip in the mountains of New Hampshire as he has been for most things in his life. And in “Forky,”an ex-con is haunted by the punishment he receives just as he is being released into the world.

With an incisive ability to inhabit the lives of his characters, Dubus travels deep into the heart of the elusive American dream.

Would you listen to The Cage Keeper, and Other Stories again? Why?

I really enjoy Dubus' writing. I enjoyed the various stories in this audio book. The stories -- as per usual -- cover deep, dark topics but in a very frank and honest way. The writing can pick at scabs in a good way -- causing me to dig into my own experiences in an effort to understand them.

Dubus is a brilliant writer -- but he should stick to the writing and have a professional do the audio portion of his books.

No. The stories can be difficult. It would be too much to work through them all in one sitting. I did, however, focus on finishing each story at one time.