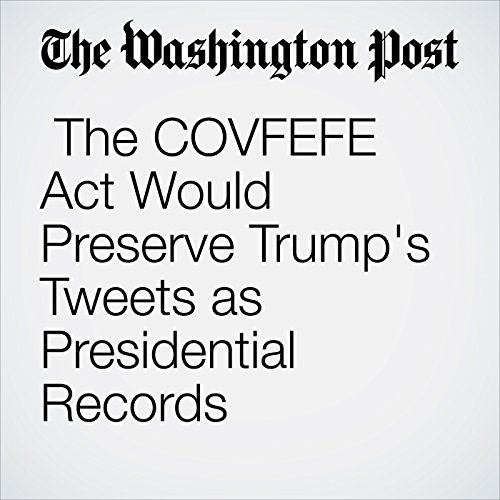 The true definition of “covfefe,” — born from a deleted, after-midnight tweet from President Trump — remains unsettled, even to the commander in chief, who appeared to mistype it into existence on Twitter last month. But a congressman from Illinois wants to bring new meaning to the word.

"The COVFEFE Act Would Preserve Trump's Tweets as Presidential Records" is from the June 13, 2017 The Switch section of The Washington Post. It was written by Hamza Shaban and narrated by Sam Scholl.