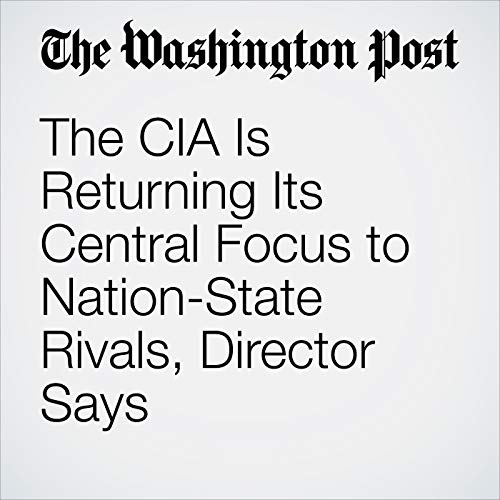 The Central Intelligence Agency is rededicating itself to the kinds of missions that defined the agency for most of its seven-decade existence, focusing on foreign nations that challenge or threaten the United States, its director said here Monday.

"The CIA Is Returning Its Central Focus to Nation-State Rivals, Director Says" is from the September 24, 2018 National section of The Washington Post. It was written by Shane Harris and narrated by Sam Scholl.