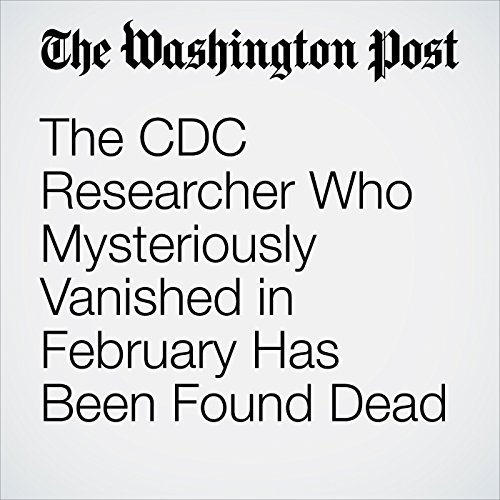 A Centers for Disease Control and Prevention researcher has been found dead, seven weeks after he left the agency's headquarters in Atlanta and mysteriously vanished.

"The CDC Researcher Who Mysteriously Vanished in February Has Been Found Dead" is from the April 05, 2018 National section of The Washington Post. It was written by Lindsey Bever and Alex Horton and narrated by Sam Scholl.