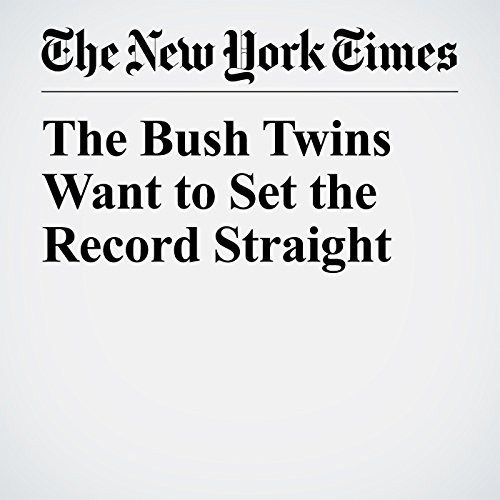 The other morning, after too little sleep and with too much to do, Jenna Bush Hager found herself dragging, and kicked herself for it. “I almost called myself Low-Energy Jenna,” she told me.

"The Bush Twins Want to Set the Record Straight" is from the October 19, 2017 Opinion section of The New York Times. It was written by Frank Bruni and narrated by Barbara Benjamin-Creel.