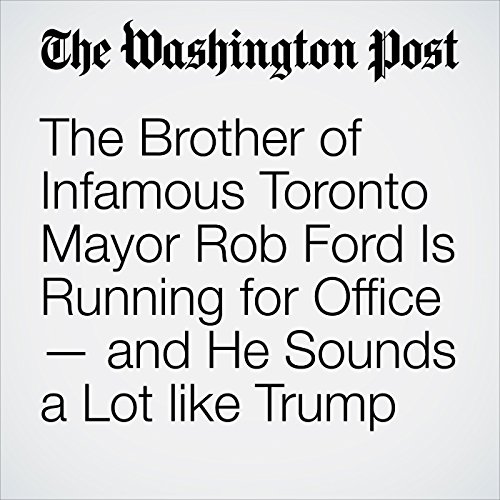 OTTAWA — Doug Ford is campaigning to become leader of Ontario, Canada’s most populous province — and perhaps to bring glory to the Ford name.

"The Brother of Infamous Toronto Mayor Rob Ford Is Running for Office — and He Sounds a Lot like Trump" is from the April 29, 2018 World section of The Washington Post. It was written by Alan Freeman and narrated by Sam Scholl.