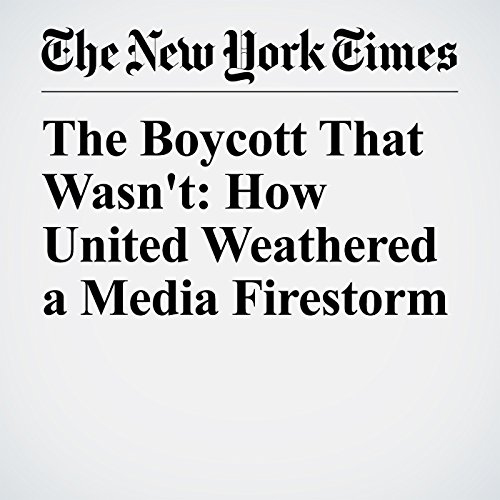 After videos of David Dao, a medical doctor who in April was dragged kicking and screaming off an overbooked United Airlines plane, went viral and set off a global uproar, the outlook for United looked grim. Within days, the Twitter hashtag #BoycottUnited had been used over 3.5 million times.

"The Boycott That Wasn't: How United Weathered a Media Firestorm" is from the July 27, 2017 Financial section of The New York Times. It was written by james B. Stewart and narrated by Fleet Cooper.