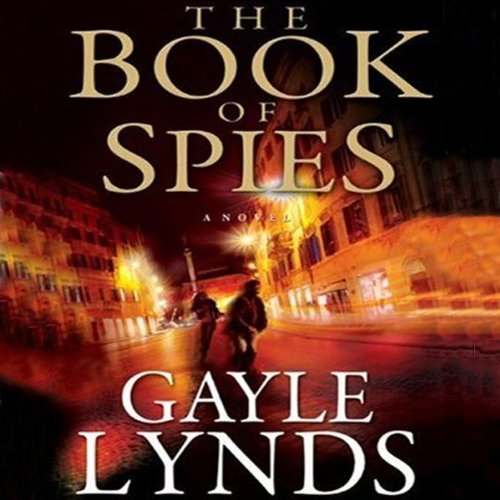 From the best-selling author who co-wrote three books with Robert Ludlum comes a thriller about a rare-book expert who must find the Library of Gold, believed to contain books lost for centuries and secretly controlled by the world's most powerful and richest men - who will stop at nothing to protect their interests.

Ann Blake, a rare-book expert and conservator, was imprisoned for a drunk-driving accident that she doesn't remember, one that resulted in the death of her husband, a famous rare-book expert. But she is freed from prison by CIA undercover agent Tucker Anderson in exchange for her help and expertise on the Library of Gold, a legendary collection of books that have been lost to the world for over a century.

Sent to an exhibit on the Library of Gold at the British Museum, Ann sees the one person she never expected to see again: her dead husband, Charles. After Charles first flees, then tries to kill her, Ann finds herself in the midst of several powerful, secret forces who either want her dead or want to use her to find the Library of Gold. The only person unequivocably on her side is Matt Kelly, who is seeking the people responsible for his father's death.

©2010 The Gayle H. Lynds 2007 Revocable Trust (P)2010 Blackstone Audio, Inc.
“Gayle Lynds is one of the best suspense writers in the world. The Book of Spies is a completely unique work, but for the purpose of inciting all of you to read it, let me say Da Vinci Code meets Bourne Identity–which happens to be completely accurate.” (James Patterson)
“Today’s finest espionage writer” (Lee Child)
"A modern classic...Rich with history, breathtaking in plot and pacing, ripe with living, breathing characters we truly care about--or utterly fear-- The Book of Spies will consume you from page one." (Jeffrey Deaver)

Poor on all counts.

Preview and Submit ReviewYou are reviewing:
The Book of Spies
UNABRIDGED
Your Rating:
Title:
"Poor on all counts."
Review:
I've been listening to audible spy stories for as long as I can remember and this is one of the very worst. The writing is pompous and boring and reminded me why I don't read/listen to Ludlum any more (and I read all his early books). This is my first time with the narrator (Reading) and the last. She has a Laura Linney voice (no offense Ms Linney) -- totaly expressionless -- flat as a mill pond. She uses the same tone of voice for 70 mph car wrecks as she does for making toast in the morning. She does a wonderful Brit accent, but unfortunately that is only 2% of the story. She does enjoy saying "pea coat" which the author uses about every 5 pages or so, and it's refreshing to hear her find something she enjoys in the book. All-in-all, could have been a good yarn, but this author/narrator combo took care of that. Save your hard-earned money.

I forced myself to listen all the way to the end but often while standing in line at places or sitting on planes...just passing the time and figuring, what the heck, I paid for it, I'll listen. It was another book about secret documents and all kinds of clues that are just bizarre and not believable (and I'm willing to suspend a LOT of disbelief when I read). So, I would have to say, thumbs down on this one. The narrator, however was good with her many voices. A few word pronunciation problems but not many. I would listen to other books she narrates.

This is a book worth downloading only if you have an extra credit kicking around. I picked it up on a whim, and kind of wish I had my credit back.

Not a Covert One Novel equivalent

It was entertaining and a good "Filler" book until my credits became available. It is worth the download but not anywhere near the best I've read lately.

What would have made The Book of Spies better?

The story would have been better if the characters had gotten out of the way. Stilted, awkward exposition was crammed into their conversations, making some parts of the story cringe-worthy instead of the general mediocre overtones. It also felt that Ms. Lynd opened up a book of standard library procedure (preservation, mostly) and crammed a line into the story from time-to-time in order to appear to have some tenuous connection to the library field.

There was also a sex scene in the book that seemed to serve no other purpose than "hey look, there's a sex scene." It seemed very out of character with the rest of the flow that the author attempted to establish.

Overall, the one thing that would have made Book of Spies better is if it had been written better.

Would you ever listen to anything by Gayle Lynds again?

No. Although the concept of the story sounded intriguing. the execution left me unimpressed.

It was hard to believe that this was the same narrator who reads the Wheel of Time series. While I enjoyed her work there, something didn't seem right here. Perhaps I was transferring my dislike of the story onto the presenter.

It did introduce me to the actual mythos of the Library of Gold. But as it's own novel, it had no redeeming qualities.

I have insomnia so I listen to books in the middle of the night - I like to be read back to sleep ... well I can not recommend this book for that purpose ... I started this book at 1:30 in the morning for the second time thinking I could sleep thru it ... no such luck! ... 4 hours later I realized I was hooked - AGAIN! ... my preference leans to straight up fast paced mystery-thrillers and this one is a very entertaining story - good twists and turns without feeling like your lost in the plot ... Kate Reading does a superb job reading the story ... another fun listen!

Exciting spy tale, and then....

It is not often that I am predisposed to write any sort of review, however, I felt I had to comment on this one - the story itself has good momentum, and ultimately it ends well - very James Bond kind of a tale - but then there is the hour long history lesson at the end. I'm not adverse to learning about illuminated manuscripts and their corresponding history, and while it is interesting to me (I minored in art history with a focus on medieval art & architecture) the gross amount of historiana coupled with a James Bond type spy story was much like eating chocolate and then topping that off with a big bowl of bran.

Just another of the same

Biggest problem - I didn't like the reader. A good reader makes me forget that he or sheis there. This reader was bad enough that I was constantly aware of timing, vocal inflection, etc. This really takes away from the book.
The story itself is definitely cookie cutter. I probably would have enjoyed it more with a different reader.

It is hard to listen to a commercial production of a book when the story is about a library, but the narrator keeps pronouncing it “liberry”.

intellectually Spot on as it is Highly Predictable

From page one on the author gave us not one surprise and followed a well worn formula. The historical side of the equation was pleasantly informative however. Worth the read? As noted, a mixed bag.